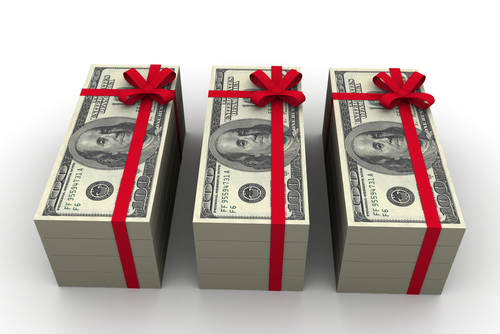 The new ‘philanthrocapitalists’ – also known as venture philanthropists, new donors, high-engagement philanthropists or social venture capitalists – don’t talk about ‘funding applications’ or about ‘giving back to society’ but about ‘business plans’ and ‘social investments’, because that is how they view their contribution. Sometimes they even start their own foundation or an organization to make sure that social issues and development challenges are resolved in what they believe is the best possible way.

Philanthrocapitalists are proponents of a business-oriented view to addressing social objectives. In their search for efficiency and visible concrete social returns they adopt a high-impact, entrepreneurial approach to their giving.

Like Microsoft billionaire Bill Gates, who calls for ‘creative capitalism’ by using the power of the marketplace to help the poor. Together with his wife he co-chairs the Bill & Melinda Gates Foundation, which manages the world’s largest fortune – around $60 billion – earmarked for charity.

Or like eBay founder Pierre Omidyar, who shook the traditional philanthropic world by converting a foundation established by his wife and himself in 1998 into The Omidyar Network – a hybrid of philanthropy and venture capitalism, where the money is not merely invested in traditional, non-commercial organizations but also in commercial businesses.

Former eBay director, Jeff Skoll, is also following the same venture philanthropic route. In 1999 he established the Skoll Foundation with the mission to ‘drive large-scale change by investing in, connecting and celebrating social entrepreneurs and other innovators dedicated to solving the world’s most pressing problems’.

Over the summer, I have been presenting points from The New Pioneers as a guest blogger on Social Edge, where you can also find a library of articles written by experts in the field covering philanthro-capitalistic issues ranging from business models and business development to funding and philanthropy.