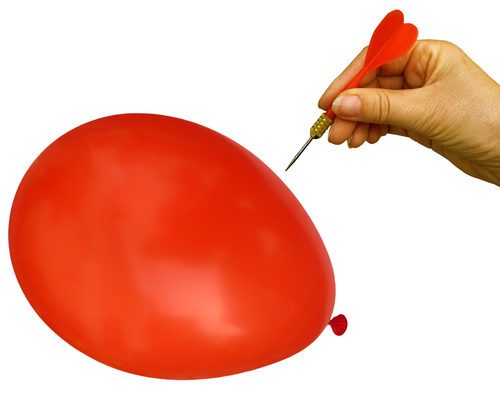 ‘Shame’ and ‘Cap Greed’ were some of the slogans on home-made signs of an angry crowd that met the former chief executive of the bankrupted Lehman Brothers, when he in 2009 appeared before the American congress to account for the remunerations of $350 million that he had received during his time as CEO, even while he was pleading for a federal rescue of his company.

The immoral aspects of greed, selfishness and short-term profit thinking are just some of the causes that have been proposed as the root core of the current financial crisis. And with the recent ‘Occupy Wall Street movement’, the civil voices of protest against bank bailouts, corporate greed, and the unchecked power of Wall Street are gaining foothold.

Meanwhile, six G20 countries have recently made their voices heard with a warning of a looming new global crisis in a letter to French President and current G20 President, Nicolas Sarkozy: ‘We have not yet mastered the challenges of the crisis. Global imbalances are rising again. External risks to the stability of our banks and our economies are reaching pre-crisis levels. And volatile and high energy prices are hurting our citizens and acting as a drain on world growth.’

The letter, signed by leaders of the UK, Australia, Indonesia, Canada, Mexico and South Korea, calls for coordinated action from the world’s leading nations to stimulate economic growth and create initiatives to aid economic recovery. And as always when faced with an economic calamity, ‘recovery’ is a crucial goal and ‘growth’ is the means.

But now may very well be the time to listen to the words of forward-thinking economists, who have long argued that governments must move beyond reactively initiating stimulus plans designed to raise consumption and trying to put things back to the way they were. Instead, we should rather start asking fundamental questions about the adequacy of our current systems and measures – and invest in new market solutions and infrastructures fit to meet 21st century needs.

As German Chancellor Angela Merkel concluded a couple of years ago, if governments ‘are not in a position to show that we can create a social order for the world in which such crises do not take place, then we’ll face stronger questions as to whether this is really the right economic system’.

‘Values have shrunken to fantastic levels; …the savings of many years in thousands of families are gone… Practices of the unscrupulous money changers stand indicted in the court of public opinion, rejected by the hearts and minds of men… They know only the rules of a generation of self-seekers… The measure of the restoration lies in the extent to which we apply social values more noble than mere monetary profit….’

This quote could well have been a present-day description of the current state of the world. But these are the words of Franklin D. Roosevelt, when he assumed the office of President of the United States in the midst of a deep financial and economic crisis in 1933.

Similarly, many of the growth challenges that are being discussed right now are not new. We can go 20, 30, 40 years back in time to find warnings and revelations of the flaws in our current systems’ design.

According to economists like Belgian professor of international finance and former banker at Belgian Central Bank, Bernard Lietaer, the current design of our monetary system is at the root of most societal problems, because it is programmed to meet industrial values and goals of economic growth at the expense of environmental and social sustainability.

A flaw that Senator Robert Kennedy pointed out in a speech in 1968, and which the creator of GDP national accounts, Simon Kuznets, also warned about back in 1934 (see more in my blog post ‘Measuring happiness – progressive or pointless?’).

The father of capitalism, Adam Smith, even cautioned about the limitations of relying entirely on market economy and profit maximization back in the 18th century, and emphasized the importance of broader values that go beyond profit, such as humanity, generosity and public spirit.

Important steps have been taken to move the world beyond ‘business as usual’. For example, the United Nations Green Economy Initiative is designed to assist governments in ‘greening’ their economies by reshaping and refocusing policies and investments. The Green New Deal initiative from nef (the New Economics Foundation) includes major structural changes to national and international financial systems, including taxation. And the Global Marshall Plan originally devised by Al Gore works for a socially just green economy.

Nevertheless, in many cases it still seems as if companies are stuck in maximizing shareholder value and short-term economic returns. Just like bankers are going back to their usual ways of rewarding themselves, using the billions of dollars that governments spent bailing out failing banking systems for bonuses and pay structures that are still widely defended by the big banking bosses.  Economists are now even starting to warn of a ‘green bubble’ because of the narrow government and investor focus on cleantech and greentech as the golden gate to renewed growth and wealth.

So the question is whether we will remain in the already familiar boom-and-bust-cycle, so we in a decade or two can dust off the 1933 speech of Franklin D. Roosevelt again and repeat the warnings of Adam Smith, or whether we will be able to move beyond it and make a change toward lasting, sustainable growth? And if so – how?